Thank you! Your submission has been received!
Oops! Something went wrong while submitting the form.
Digital Marketing

The Creative Sprint: How To Think Like a Creative Strategist

Creative talent has risen to become one of the most powerful levers in paid social, yet is often left out of the decision-making process. Creative Strategists act as the bridge between media buyers and creative teams, merging creativity and data to produce winning ads.

Logic and creativity may seem like polar opposites, but a good Creative Strategist knows that the two are closely connected. This idea forms the backbone of the creative sprint, a framework Creative Strategists use to solve problems quickly.

In a nutshell, the Creative Strategist takes a data-driven approach to test assumptions towards a desired goal. They look at previous results to identify problem areas and use that insight to develop and fine-tune creative solutions.

The creative sprint is broken down into four steps:

Let's zoom in on each one.

Starting is often the most difficult part of any process and the same is true for creative strategy.

The ideation stage is where the Creative Strategist unearths the assumptions and ideas that will form the basis of their campaign. But a campaign will only work if you know the issues you are solving, and sometimes the real challenge isn't seeing the solution but identifying the problem.

The Creative Strategist starts by mining the brand's ad account for inspiration and actionable insight. Where others might look at underperforming ads, the Creative Strategist would instead double down on what works. They would be thinking, "What ads are hitting their KPIs?" They might look at creative formats, messaging, ad types, product categories, landing pages, and influencer performance.

Why? Data takes the guesswork out of the process.

Once the Creative Strategist has formed their assumptions, the next step in the creative sprint is to write the brief.

The brief is the blueprint for any marketing campaign. It contains the creative approach, instructions, and specific deliverables. The creative team will use this document to create new assets.

While there are different opinions on what a brief should contain, it should include the following:

A good creative brief is detailed and direct without being overly specific. Micromanagement can be counterproductive and lead to creative stagnation. The brief provides much-needed direction but the creative team will fill in the rest.

Once the ad has been produced, approved, and launched, it's time to assess the campaign's performance. This step is also called the retrospective.

In this stage, the Creative Strategist looks back on what went right and what went wrong. Were their assumptions validated? Or do they need more ads to test their hypothesis?

With the information gathered from this step, the Creative Strategist can then examine the best path forward. They may want to test the hypothesis further and produce more ads. Or they can use the insight to iterate more solutions. Either way, the creative sprint doesn’t end with retrospective and circles back to ideation.

Project management isn't one of the steps in the creative sprint, but it's an essential component nonetheless. Throughout the process, the Creative Strategist also acts as the project manager. They are tasked to empower the team to produce their best work while on a tight timeframe.

On occasion, the creative strategy has to help the team overcome a creative block. An overly restrictive brief can sometimes cause stagnation, so maintaining a relaxed stance can go a long way to get the team's juices flowing. It's your job to provide direction but you must allow the team to infuse their voice into their work and flex their creative muscle.

Next, team members become disenfranchised and creativity suffers when teams become siloed. You might have a well-oiled production house, but without that culture of collaboration, you will never make full use of your team’s creative talents. Invite your team members to see the big picture so they can be clear on what the ad needs to achieve.

Finally, Creative Strategists need to possess the right tools to deal with the creative sprint. Since they often wear many hats, they need to be empowered to produce creative work that hits the desired business objectives.

Reports are often complex, and creative teams usually have a hard time understanding the information. Motion simplifies the process by eliminating information overload with visual reporting for the whole team. This helps with getting the entire team involved in the creative process from designers to paid marketers.

Visit Motionapp.com to learn how to leverage their tooling to improve your campaign performance. 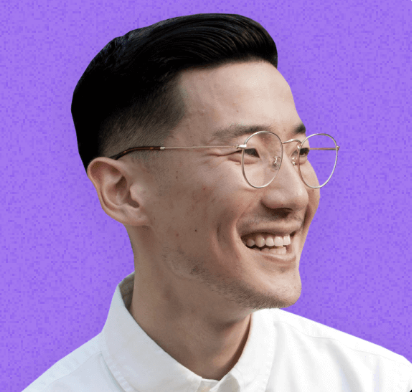 Evan Lee is the Head of Creative Strategy at Motion.

Hire a Marketer
Join MarketerHire Today
We'll match you with a perfect expert.
Hire MarketersApply as a Freelancer