Thank you! Your submission has been received!
Oops! Something went wrong while submitting the form.
Expert Q & A

Yubo started in France, but the app is now most popular among teens in the United States. We asked Yubo’s head of brand how the company successfully exported itself.

This is an excerpt from MarketerHire's weekly newsletter, Raisin Bread. To get a tasty marketing snack in your inbox every week, subscribe here.

What’s four letters long, French, and used by 20M people in the United States — almost none of them adults?

It’s Yubo, a social app popular with teens. On live streams, “we have groups of teens brushing their teeth together,” Yubo head of brand Geraldine Cohen told MarketerHire.

How has Yubo, headquartered in Paris, scaled to 55M users since 2015 — a majority of whom live in the United States and Canada? We talked to Cohen to find out.

It operates in a common language.

Yubo’s founders built their app in English, which is spoken by 5x more people globally than their native French.

“You do it in English, you’re probably appealing to the whole globe,” Cohen said. After the United States, Yubo is most popular in the United Kingdom, France, Canada, Brazil, Australia, Scandinavian countries, the Philippines and Indonesia, Cohen said.

It piggybacked on a popular US product.

Yubo initially positioned itself as a way to make friends to add on Snapchat.

Snapchat already had 80M+ daily active users worldwide — more of them in the United States than in France, which meant Yubo’s early audience skewed American.

Yubo is primarily used by teenagers, and its French team has learned that American parents are “more conservative, much more protective” than French ones, Cohen said.

So Yubo is trying to communicate with American parents about how the app works, and why it’s arguably safer for teens — and better for their mental health — than apps based on likes.

(One of those apps, Instagram, made like counts optional earlier this year after a two-year study into the impact of likes on mental health.)

“We’re here to create interactions between people,” Cohen said. “You can’t ‘like’ content [on Yubo]. You have to actually go into a live and say, ‘I like what you’re saying.’”

Yubo is more popular globally than in France because the founders designed and positioned the product for a global audience.

“France is a small country,” Cohen said. “Most startups now, in France, they really do think of their products for global appeal versus a local thing.” 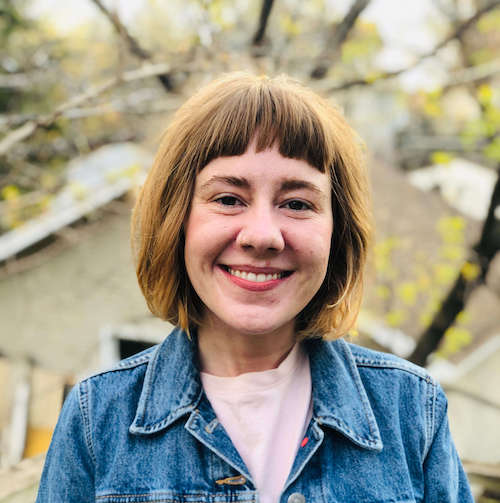 Kelsey Donk is a writer at MarketerHire. Before joining MarketerHire full-time, Kelsey was a freelance writer and loved working with small businesses to level up their content. When she isn't writing, Kelsey can be found gardening or walking her dogs all around Minneapolis.

Hire a Marketer
Join MarketerHire Today
We'll match you with a perfect expert.
Hire MarketersApply as a Freelancer