Thank you! Your submission has been received!
Oops! Something went wrong while submitting the form.
Marketing Operations

Jackson Jeyanayagam took The Clorox Company's DTC organization from 0 to 60, literally— he scaled it 60 people over two years. How? Hint: Mixing freelancers and full-time hires.

This post is based on an episode of MarketerHire's marketing operations webinar, MarketerLive.

Listen to the podcast version of MarketerHire's conversation with Jackson Jeyanayagam here:

Scroll to the bottom for the full webinar video.

Jackson Jeyanayagam has worked as an individual contributor and a marketing team leader at some of the best marketing organizations in the world. You know them well: Chipotle. Old Spice. T-Mobile.

He’s won awards for his marketing work, and these days, he’s transferred that ambition for excellence to team-building.

From CMO at Boxed, a wholesale e-commerce startup, to VP and general manager of DTC at The Clorox Company, Jeyanayagam has scaled revenue for enterprises and startups alike.

It’s given him a unique perspective on the best ways to hire expert marketers.

After all, he has built high-performing marketing teams from scratch more than once, and advises other brands how to do the same.

So, I caught up with him over a live Zoom for an AMA on how he hires so well, how he thinks through team structure, and how all of that has changed with remote work.

The balancing act of team building

You've probably heard of The Clorox Company: the Fortune 500 business and parent company to big brands like Burt's Bees, Brita, and (obviously) Clorox. But what you might not be aware of is the company’s focus on wellness.

"In the home, in the body, and on you," as Jeyanayagam lyrically put it.

Jeyanayagam's a great fit to be the visionary leader of this organization, because he too is focused on wellness — the wellness of his people.

When Jeyanayagam joined the company in early 2019, he set out to reimagine Clorox's direct-to-consumer (DTC) business to set the stage for growth in the next decade. He took the DTC organization from "zero to one" and scaled it to 60 people in just two years.

Unlike some of his startup roles in the past, though, he couldn’t just tap into his existing network. Many of the folks he reached out to were tried and true startup folks –– and working at a big company like Clorox wasn’t in their cards.

So Jeyanayagam had to expand his reach, and do something a little different: bring on highly recommended experts as freelancers to get projects over the line, while giving both the company and the expert time to evaluate one another.

How to execute and strategize simultaneously

As a new leader, Jeyanayagam knew well that it was his responsibility to build a team and deliver early results. It’s a balancing act that can knock many newly hired marketing leaders off kilter.

Not Jeyanayagam. He managed this by going with flexible employment options (i.e. not full-time) –– and started hiring freelancers out the gate. This helped him to think about the future team structure and needs, while simultaneously focusing on the present moment and immediate action items.

“It's like you're solving two problems at the same time: meeting short-term goals while creating a foundation for the long term,” says Jeyanayagam.

“It's like you're solving two problems at the same time: meeting short-term goals while creating a foundation for the long term.”

For long-term growth with a team that can deliver results in the short-term, Jeyanayagam says you need a mix of senior and junior employees. Too many senior employees, he says, and you end up with folks who can only lay out strategy. Too many junior folks, and you may not be able to get projects over the finish line.

The key to balancing this out, he says, is understanding your team’s skill gaps, and filling those with new hires when the gap is big enough — or, in the interim, filling the hole with freelancers.

No team knows it all: What to do when you uncover skill gaps

If you want to scale a business’s revenue up to the $100M-a-year tier, you need to first build a brand — so strategic brand marketing is critical. But time and money spent on creative and design doesn't mean much if the product experience is lacking, and vice versa.

This is especially true with DTC brands. Successful ones excel at marketing, product and growth. And to do that, your team needs expertise in:

Whew – that’s a lot. And Jeyanayagam says it’s uncommon for an early-stage team to have all the necessary experience and skills. Instead, he says you need to identify the skill gaps and then train people, or hire new talent to fill the gap.

Both can be slow processes, though — and speed matters. So to keep up the pace on execution, Jeyanayagam looks to freelancer help.

In a recent MarketerHire survey of 100 marketing executives in the U.S., 50% of respondents who say they hire freelancers frequently cited their ability to get projects over the line quickly as one of their top reasons.

Jeyanayagam agrees. “Freelancers offer fast time-to-value,” he says. “You can hire someone and immediately have them focus on solving a particular business problem. No need for a 90-day onboarding process.”

That’s exactly what he did in his early months at Clorox. He needed to improve the website experience, and found a freelance UX/UI designer in his network who quickly identified opportunities for improvement and implemented updates

3 key things to look for in freelancers

Freelancer’s speed comes at a cost, though — they’re tough to vet. In that same survey of 100 marketing executives, 52% of executives who say they hire freelancers often cited verifying a freelancer’s expertise as a pain point.

Jeyanayagam’s been there, and he says there’s no exact formula when it comes to choosing freelancers (or full-time employees, for that matter).

“When you meet someone, trust the feeling you get about them,” he said. “Trust your intuition and believe in your instincts.”

“Don't try to trip people up with trick questions, though,” he said. “The idea is to extract a genuine, honest answer.”

"Don't trip people up with trick questions, though. The idea is to extract a genuine, honest answer."

Here are the three core qualities Jeyanayagam looks for when hiring:

Building a high-performing team means hiring the right people with the right skills at the right time. When you need your team to scale fast, that often requires hiring freelancers.

“Freelancers with specialized skills can help you solve short-term problems quickly as you simultaneously coach and motivate your in-house employees,” Jeyanayagam said.

“Freelancers with specialized skills can help you solve short-term problems quickly as you simultaneously coach and motivate your in-house employees.”

For all the latest updates on MarketerLive's second season, sign up here. 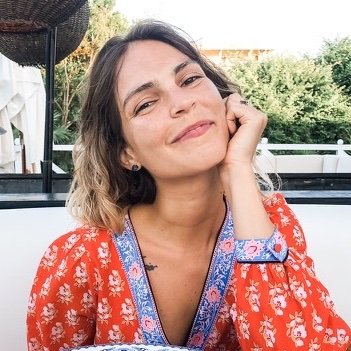 Tracey Wallace is the Director of Marketing at MarketerHire, the leading digital marketing talent platform. She is also the founder of Doris Sleep, a sustainable bed pillow company. She writes regularly about leadership, e-commerce and tech marketing for MarketerHire, SAP and Entrepreneur.