Thank you! Your submission has been received!
Oops! Something went wrong while submitting the form.
Social Media Advertising

How do you know the type of campaign to choose when running Facebook ads when you want to drive sales? These few tricks can help e-commerce brands scale ROAS.

Ed note: This is a great strategy, but there's never a one-size-fits-all solution—this is the opinion of one particular marketer.

Want to drive the most sales for the least amount of investment on your Facebook ad campaign? Of course you do. And I want to show you how to do it. Interestingly, the best strategy isn’t the most complicated right now—it’s actually the least. In fact, I currently recommend that most of you use no targeted ads. Check it out:

Here’s why this approach works, despite being kind of counterintuitive: Facebook has become extremely content-focused. This makes sense, since they want users to get on their platform and just stay there, and that means that every single piece of content they see—whether it’s an ad or an article or a post from a friend or group they’re part of—should be optimized to entertain, provoke a thought, or evoke a feeling.

Yes, this means that Facebook ad buying has actually become easier in some ways: it’s more strategy-focused, rather than optimization-focused. Basically, hyper-target used to be a great idea, but now, that’s not only unnecessary—it’s actually worse.

As with any rule, of course, there’s an exception: if you genuinely have an extraordinarily targeted audience, such as “people with birthdays in January,” or “an age demographic of 64 years old only,” you’ll want to stick with a hyper-targeting strategy.

But if you have an audience you might imagine is very targeted, but may actually have a broader interest level than you’d assume at the outset, a non-target approach is often stronger. For instance, let’s say you want to launch a Star Wars fan t-shirt. You might assume that targeting for “Star Wars” and “nerd culture” might help you perform better, but in reality, the non-target has a good chance of performing better, due to the Facebook algorithm and the larger audience pool.

The takeaway here is that Facebook wants to do anything they can to create a better experience for Facebook users. Here are the three rules of thumb you should follow to make your next Facebook campaign an absolute success:

This is the most important piece of advice I can offer, really. Creative can feel like a corner to cut because basically everyone is literate enough to technically write ad copy, but that doesn’t mean it’s going to be good. The truth is, the whole thing’s going to fall apart if your story isn’t good, and that goodness isn’t executed in a way that’s eye-catching and engaging. It’s worth it to hire professionals who can really generate clicks with their ideas.

2. Left Alone, The Facebook Algorithm Wants To Find Your Audience For You

Facebook is a consumer-focused platform. They want you, the ad buyer, to focus on that aforementioned creative, rather than focusing heavily on the algorithm and the optimizations. It may sound wild that your best strategy is to completely avoid adjusting the platform at all, but I’ve seen it over and over—letting the algorithm choose for you is actually more effective.

Any great ad buyer knows the rules for optimization and scaling, which have held true with Facebook ad buying and have stayed the same year after year. What IS becoming increasingly important: the strategies marketers use, and the direction and feedback they can provide on testing content. That's why you should consider a marketer who has a strong understanding of a full funnel approach. 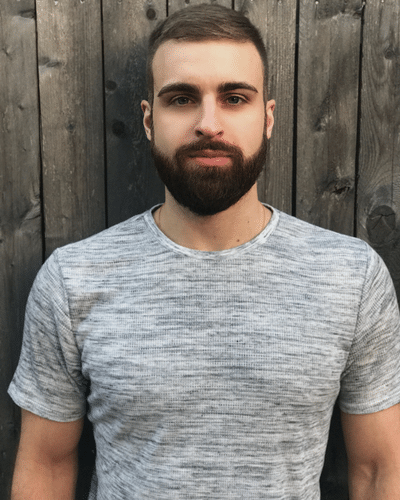 Chad Keller is a co-founder at MarketerHire and has managed over $50M in Facebook Ad spend, working with a wide range of clients, from DTC start-ups to Fortune 500 brands. He has years of experience as a growth marketer and founded Growth Stackers, a boutique paid media/performance agency that covers a variety of industries.