Thank you! Your submission has been received!
Oops! Something went wrong while submitting the form.
Digital Marketing

The Internet Transformed Marketing. There’s No New Normal Yet.

MarketerHire's CEO, Chris Toy, explains how digital marketing channels destabilized the industry — and why he's excited about the future of marketing.

I’ve spent more than 20 years in marketing, but I’ve spent even more time online. As a kid, as soon as my family got dial-up, I spent ten hours a day on message boards and online video games.

The internet was basically my life.

When I started my marketing career in 2003, though, the internet had little to do with my job. I worked at a traditional agency, with clients like Xerox and Aetna, and we took a mostly analog approach. Campaigns were usually direct mail, supported by TV, radio and telemarketing.

It sounds comical now, but back then, digital marketing was a nice-to-have.

That job gave me a unique perspective on what the internet did to marketing. I saw the industry before its digital transformation — and then, when I founded my own agency in 2010, I saw the after.

Or, maybe more accurately, the aftershocks.

Marketing is still riding out those aftershocks. When brands moved online, it upended a complex web of industry-wide norms, and we don’t have new ones yet. Instead, we have a murky mess — at least temporarily.

I cut my teeth in marketing working on direct mail campaigns. If that sounds irrelevant to you — not so fast.

These were direct response campaigns, which are still ubiquitous today.  Every clickable digital promotion, from a banner ad or Facebook ad to an email campaign, is direct response marketing, too.

The difference was that direct mail was a slow burn. Unlike a Facebook campaign, it could take months, even years, to bake out.

Direct mail was a slow burn. Unlike a Facebook campaign, it could take months, even years, to bake out.

Still, in my first three months at the agency I learned basically all you need to know to do direct response. The first principles around data segmentation, attribution, and calls to action (CTAs) remain the same.

I started seeing opportunities for direct response tactics everywhere — even in blogging.

While I was at the agency, I started a soccer blog. It was simple enough — three aggregated posts per day — but it became one of the most popular, most-commented-on blogs on the internet.

That was thanks to direct response tactics. In every post, for example, I tested different CTAs to drive people to the comments, and optimized accordingly.

The blog taught me that direct response tactics not only worked on the internet, but that they were going to be one of the driving forces behind consumer behavior online.

Many people hadn’t realized this yet. These were the early, early days of the internet as we know it, and digital marketing was in its infancy; optimizing for performance wasn’t common practice yet.

Inside a digital agency, circa 2010

My blog got acquired by a venture-backed startup, propelling me out of the agency world and into startup marketing. I only returned to agency life in 2010, to found an agency of my own: Offside Media.

We focused on emerging digital strategy, and I used my sports and startup contacts to build one of the few digital agencies serving either industry.

It was funny how both industries had the same digital marketing problem for different reasons. Global athletic brands were just starting to realize that digital was here to stay, asking questions like “Should we have a Twitter account?” and “What should we do on Facebook?” Startups knew digital was here to stay — but they were learning marketing was, too, and that they needed a strategy more robust than lucking into TechCrunch coverage.

In the end, that meant all my clients were conflicted. They were hesitant to try out digital channels — they had been successful without them — but they were realizing that they had to.

[My clients] were hesitant to try out digital channels — they had been successful without them — but they were realizing that they had to.

Digital marketing was where the market was headed.

They didn’t know how digital worked, though, and a lot of legacy, Mad Men-style agencies didn’t either. Most digital marketing channels were new; Facebook’s News Feed was only four years old. There weren’t established experts on these channels yet, but there was a lot of demand for people who were figuring it out.

I loved this gap in the market and I could clean up — I was one of the few marketers who was at the forefront of digital who also had big agency experience. I quickly earned trust from clients like Real Madrid and Squarespace.

On a macro level, though, digital transformation meant that business as usual was suddenly risky. As an industry, marketing entered a new era of experimentation and uncertainty.

The shift created a lot of opportunity, but it also created confusion and distrust around marketing that persists today.

How did the market for marketing change?

The short answer: It became riskier.

The market for digital marketing is what I consider a risky market, unlikely to produce great outcomes.

In a risky market…

Let’s walk through it more slowly.

In 2010, Sean Ellis and his friends in the Bay Area startup scene were tired of marketing. To them, it felt synonymous with blowing money on billboards. They needed something new instead: cash-efficient, engineering-heavy growth tactics.

They decided, over beers, to call this new discipline “growth hacking.”

It wasn’t new. It all still fell under the umbrella of marketing — it was just marketing with expanded technical capabilities. Airbnb’s most famous growth hack temporarily turned Craigslist into a marketing channel; product-led growth just meant using your own product as a marketing channel.

Still, for nearly a decade after the term “growth hacking” was coined, Ellis’ attitude reigned. I encountered a stream of startup founders who didn’t think they needed marketing teams. They just needed to follow Airbnb’s playbook, or Slack’s.

This was a time when startups romanticized the path to growth.

Startups romanticized the path to growth.

The democratization of ad buying made it worse. Buying ads used to require weeks of planning, and established relationships with publishers and media warehouses; suddenly, anyone with internet and $100 could create a Facebook campaign instantly.

It’s harder to create a successful Facebook campaign — and people increasingly understand that. Still, there is a lingering feeling in certain circles that marketing is optional or easy to DIY.

Compare how people talk about marketing and engineering, and you’ll see what I mean.

This is true in every industry, but especially in marketing. In accounting, there’s the CPA exam; in law, there’s the bar exam.

In marketing today, there’s not a lot.

Marketers can get platform-specific proficiency certifications from Facebook, Google and Hubspot, but those become obsolete quickly. There’s no gold-standard credential that categorically separates qualified and unqualified marketers.

If you’re not a marketer yourself, it’s hard to know who to trust. Established agencies can be slow to adapt to technological change, or overstate the breadth of their expertise. Meanwhile, marketers who have worked at big-name companies or hyped startups have made widely varying contributions to those success stories.

Hiring marketers can be a real crapshoot.

Digital marketing changes all the time.

The pace of innovation in digital marketing shifted once the internet took off. Before, for nearly a hundred years, we relied on the same handful of marketing channels: radio, TV, out-of-home and direct mail.

Think about this (non-comprehensive) timeline of paid channel debuts.

More than half of the channels above originated in this millennium, and new channels — like Clubhouse and Discord —  emerge all the time now, each with its own distinct culture.

Even established marketing channels change constantly. In 2021, Facebook has already overhauled its ad platform to comply with Apple’s new privacy update, and Google will update its search algorithm in May. Next year, Google recently announced, it will drop all user-level tracking.

This means marketers and brands will have to learn how to win on Facebook and Google all over again, or branch out into new channels.

New digital marketing experts get minted all the time, and established experts constantly lose their edge.

If you were a stellar Facebook marketer in 2018 — at this point, that’s basically irrelevant.

Three reasons marketers should be hopeful

The market for marketing may have certain dysfunctional qualities, but the industry isn’t doomed. I wouldn’t have founded MarketerHire if I thought it was.

Really, marketing is seeking its new normal. At MarketerHire, we’re creating it, tackling the industry’s problems at the root. None of the issues I laid out above need to be permanent.

The people hiring marketers often don’t know much about marketing, especially at startups. This is a recipe for unrealistic expectations — whether that’s founders saying “I could do this myself” or “I can just hire one rockstar to do all my marketing.”

No one searches for a “rockstar” plumber, or a plumber who can also do interior design.

Working pipes won’t make your house immediately worth millions of dollars, just like good marketing alone won’t turn your company into a rocketship. But if you hire an expert, you can eliminate marketing as a variable and focus on everything else — a gift to any company.

Put it that way, and founders get it.

Sellers won’t vary in quality if someone stress-tests their expertise.

So at MarketerHire, we do exactly that — and we require our marketers to have a specialty. No marketer is an expert in everything.

Marketing fundamentals don’t change, even though digital marketing channels do.

When new channels and new trends emerge, it doesn’t totally destabilize marketing as we know it. Core principles apply across all channels, online and off.

Core principles apply across all channels, online and off.

Know your customers. Meet them where they are, in terms of channels and messaging. Don’t beg them for money — offer them value. Make data-driven decisions, but don’t ignore your intuition. And if you want a prospect to take action, include a CTA.

It was the key to direct mail success, and the key to the success of my soccer blog — even though direct mail is mostly analog, and the blog was purely digital. The internet didn’t change everything. 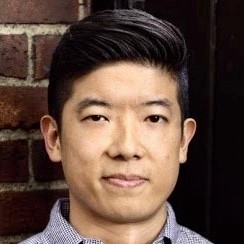 Chris Toy is the CEO and co-founder of MarketerHire. He's spent the past 20 years as a leader and entrepreneur in marketing, media and tech. He’s worked with Fortune 500 and unicorn startups.